It was only a matter of time before some washed-out blogger posted a poorly written hit piece on Fruit Haven. This guy wrote an article so hilarious, we just had to respond.

You can read the article here (archive here). Right away you can tell this guy knows absolutely nothing about Latin America, despite supposedly living here.

“The ‘Rancho’ pitches Vilcabamba to North Americans over the internet. It then buys the land from Ecuadorians, puts up a fence and a security guard, then charges the gringos 10 times what they paid for it. Just a few hours drive away in the Amazon lowlands, the fruitarian commune Fruit Haven is working the same model.” 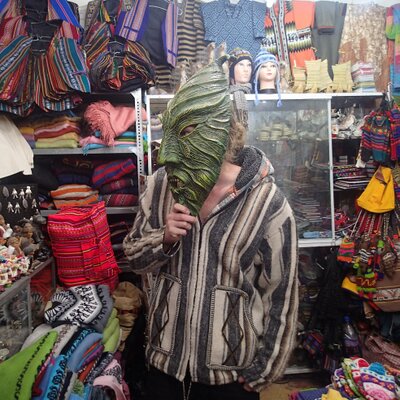 The article starts in a very predictable way, painting a stereotypical picture of the “shady gringos” in Latin America. Sweaty, hawking business deals, wearing crystals and doing weird spiritual practices, it certainly does accurately describe a small percentage of weirdos in Vilcabamba. It’s possible the author thinks that by constructing this stereotypical image, whatever he writes after will seem more believable. Let’s look at some of the bizarre claims this guy makes:

[…] for Ecuadorians Vilcabamba is a party spot where they can drive around blasting reggaeton and get a piece of all the drugs circulating to satisfy the bored gringos’ appetites. 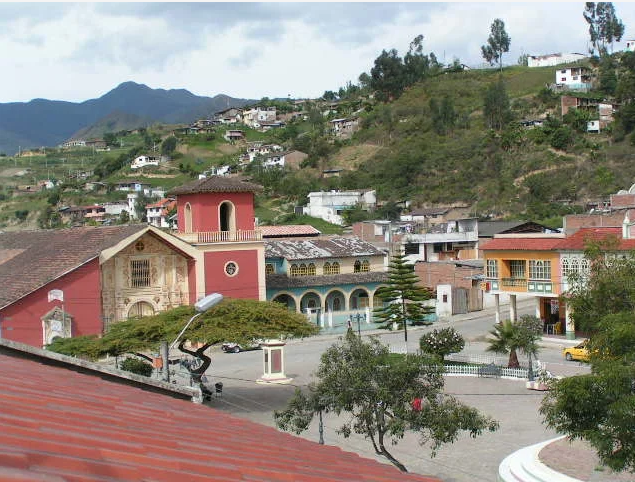 Now, in my 8 years in Ecuador, I’ve only been to Vilcabamba once, and I was there for two hours. But this guy seems to be confusing Vilcabamba with Montanita. Ecuadorians in general are a very conservative people with close-knit families. Most of them are Catholic, and keep a close eye on their children, especially in their teenage years. It’s considered inappropriate for a man to be shirtless in public, even if he is working on a construction site. This is a country that is only two decades past arranged marriages being a common practice.

He seems to be painting Ecuadorians in Vilcabamba as partying, drugged up crazies. He’s either never been there or is lying. If he really does live in Quito as his Twitter profile suggests, I would imagine his Spanish is so poor that he really doesn’t get to know many Ecuadorians. If he did, he would know his characterization of Vilcabamba or really any small town in Ecuador is very disrespectful and untrue.

I am unfamiliar with this “Rancho” place, but selling neighborhood plots in a gated community is not uncommon in Ecuador, and while it’s very uncommon that land could be sold at 10 times its purchase price, it is true that developers make a profit on land that they sell.

The funny thing about this is, Ecuadorians are probably responsible for hundreds of times more “gated communities” than foreigners. Spend some time in the outskirts of Cuenca or any other major city and you will see countless gated communities filled with upper middle class or wealthy Ecuadorian families. They want to avoid home break-ins that are so common in any Latin American country. A developer buys a piece of land, divides it into plots, makes a fence and a gate, hires a security guard, and then sells the lots at a profit.

For some reason, unscrupulous individuals have tried to present the “gated community trope” as something that “gringos do in Latin America.”

The ‘Rancho’ pitches Vilcabamba to North Americans over the internet. It then buys the land from Ecuadorians, puts up a fence and a security guard, then charges the gringos 10 times what they paid for it. 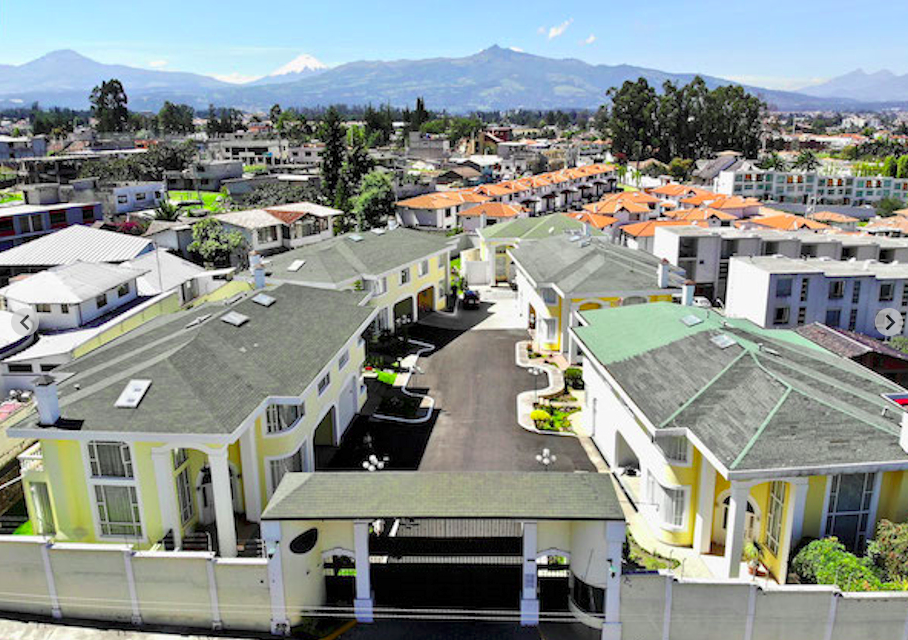 Just a few hours drive away in the Amazon lowlands, the fruitarian commune Fruit Haven is working the same model.

First of all, Fruit Haven is neither fruitarian nor a commune, nor is it in the Amazon lowlands. This millennial blogger needs to get his facts straight.

Furthermore, is Fruit Haven really “working” the same model? The model he described is this:

2) Put up a fence and a security guard

3) Charge the gringos 10 times what they paid for it.

Our model is quite different from this, but I understand the guy is trying to push an agenda here. Let’s pick apart his disaster:

2) We don’t have a security guard. We do have a neighborhood watch organization that includes our Ecuadorian neighbors. Putting up a fence around our community would be prohibitively expensive since it is huge, but we do have some fences along public paths where we have experienced petty theft in the past. This just seems normal, many Ecuadorians have fences as well.

3) When a group of people buy a land and organize a group land buy at Fruit Haven, any shares in the property that are resold, are generally sold at very close to the original purchase price, or perhaps 10-15% higher, which is hardly offensive. You do see a higher price tag because on top of that land price, community members also have to pay for development of the common elements including roads and paths, community buildings, internet and water infrastructure, et cetera. There is no profit there, it is directly expended from the community fund. In terms of the land, to say we are re-selling at 10x the purchase price is an outright lie. Later on, if an owner of a share decides to sell, the price they set will be what they paid, plus any infrastructure or improvements they have done, plus a profit. It has never been 10x and probably never will be. I doubt the author of this blog has ever owned a property or house in his life, and it shows. Even our neighbors (who he puts down as “poor indigenous locals” in his article description) own land and have houses and understand how that works.

Fruit Haven has purchased a sizeable chunk of the land that Ecuadorian colonists grabbed before the local indigenous people were able to win legal title to the rest of it in the 1970s.

This is an interesting perspective but we must reject it. First of all, he does not know the local history of this area, and we do. Second, he is relying on the idea that current inhabitants of land should give up their land and lose all their money to repay the descendents of people from whom land was grabbed hundreds of years ago, and without paying attention to from who the previous inhabitants grabbed the land, or if the land was even inhabited when the colonists arrived. The Amazon is huge and sparsely populated.

Fruit Haven has not bought land that was previously occupied by the Shuar. The communities in this area began forming from Shuar families who were moving down here from up north (the Tiink area) around 50-70+ years ago. The Shuar formed communities to help prevent continued land grabs by settlers. They arrived in this area and several colonist families (who, by the way, have a mix of Spanish and Indigenous genetics) had farms here at that point. These titled farms are outside the lands claimed by the Shuar communities.

However, even if you live in Ecuador and have land that was “grabbed” by colonists 200 years ago, don’t let some blogger tell you that you have to lose your entire life savings to pay the possible distant descendents of someone who lost land. They propagate the myth that we should arbitrarily choose someone in the chain of custody of land and give it back to them. The Jivaro peoples of the Amazon (Jivaro refers to many indigenous groups in this region) were notoriously warlike (1, 2) and constantly fought among each other for land. The same with the various North American indigenous peoples, who sometimes wiped out neighboring tribes to gain a piece of land. I don’t know about you, but I think title paperwork is a much nicer way to arrange land transfer than killing, so returning to those times would be a step backwards.

If this mediocre blogger really lives in Quito, as his Twitter profile shows, he is living on land that was stolen from indigenous people at some point, who previously stole it from other indigenous people, and so on and so forth. 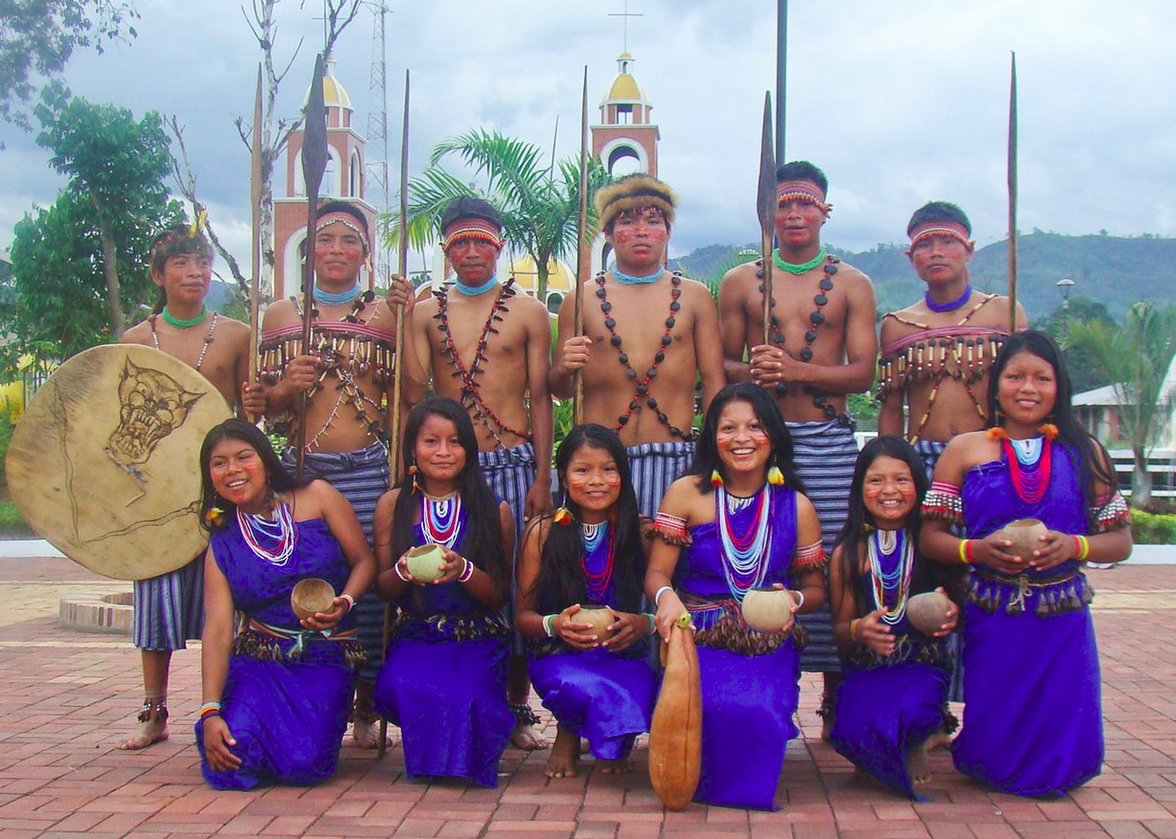 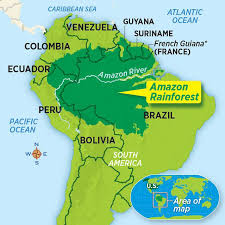 Gringos fleeing 5G can now buy a lot within the expanding commune: at the new price, of course.

COVID has been a boon to these types. Adherents will tell you they “had to get out” of North America during the pandemic, and Fruit Haven’s website happily promotes the fact that foreigners can now enter Ecuador “without any silly tests.”

The commune spruiks the benefits of yoga, meditation, and a life free of alcohol and hard drugs (no prizes for working out what’s left over from that equation), and, of course, fruit. 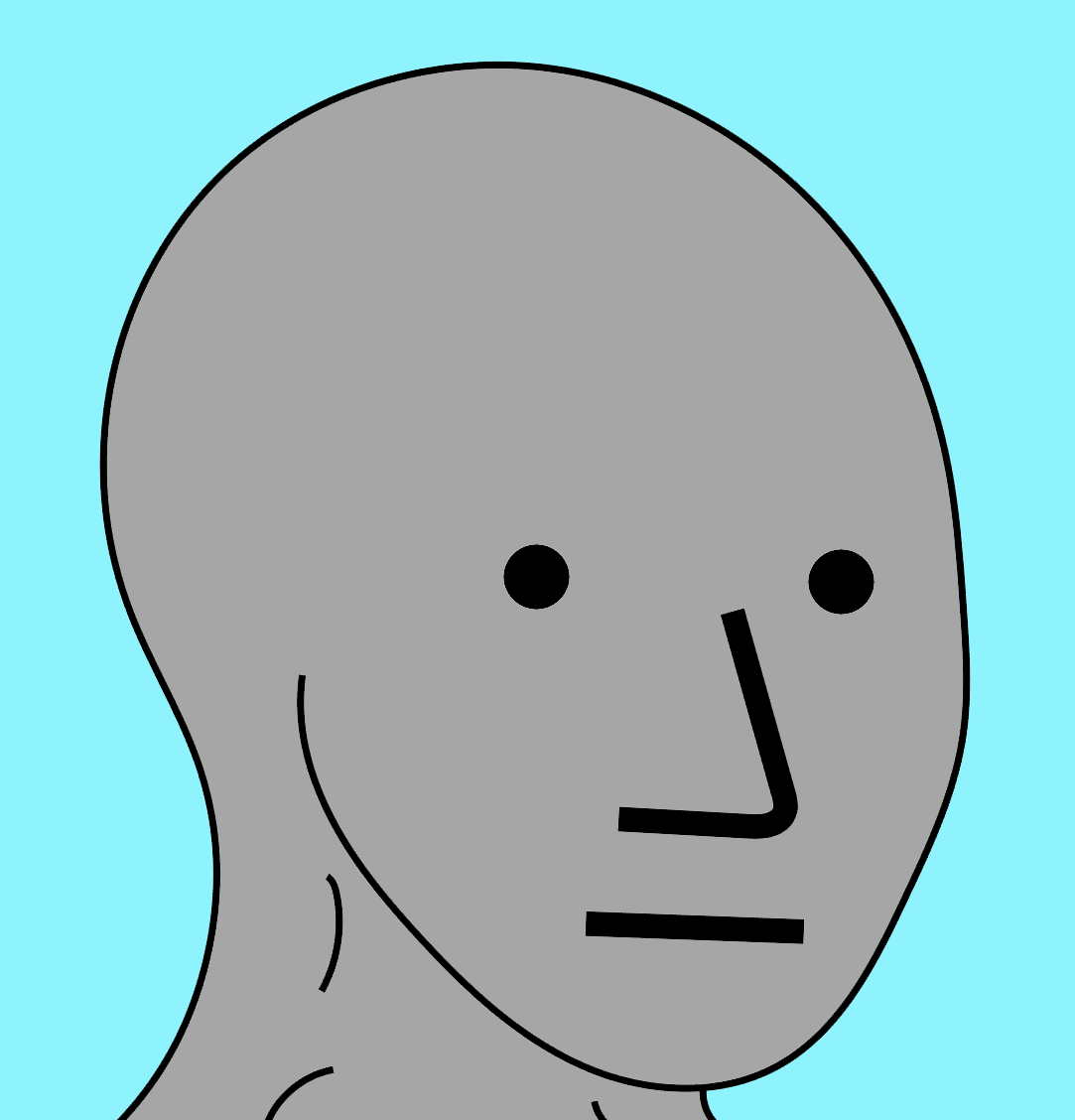 The fact that this guy seems to love his 5G, heart attack shots, and makes fun of us for staying away from alcohol and hard drugs, should make it very clear what kind of person he is.

He even implies that there is nothing left in life if you exclude alcohol and hard drugs. We can only assume he is the type of degenerate nihilist that we are trying to get away from by shunning a modern consumerist lifestyle. 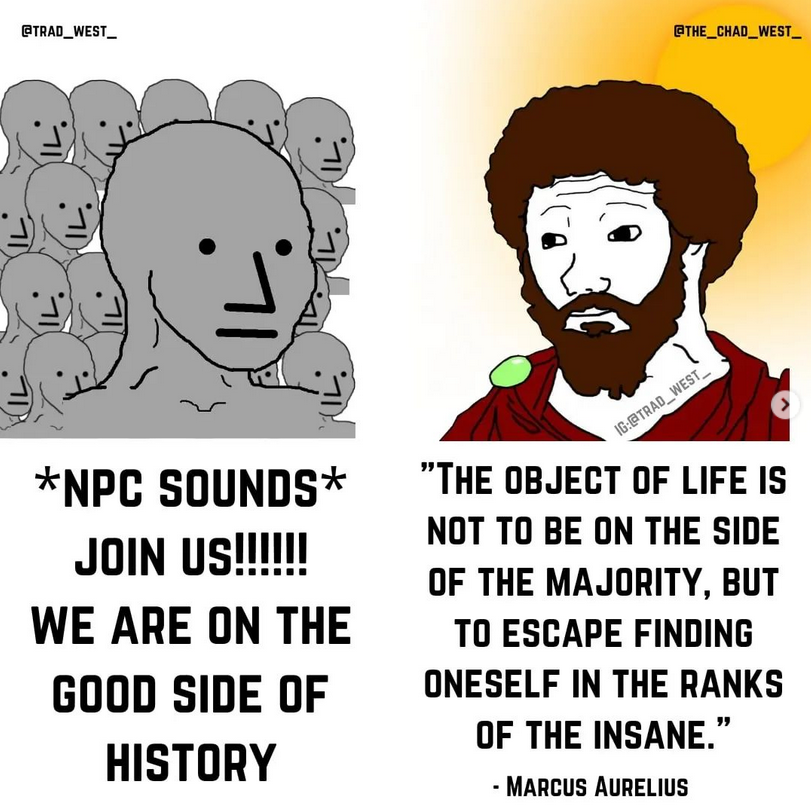 The diet might explain why they haven’t quite reached their self-sufficiency goal. Instead they employ local indigenous folks to work plantations on what was once their families’ lands, and buy copious quantities of bananas and custard apples at the market every Saturday.

People here are laughing at his claim that we would actually buy bananas at the market. We produce a huge amount of bananas here, along with other foods.

We do employ many of our neighbors and friends, some of whom are indigenous and some of whom are mestizo, and none of this land is their family’s former land. Giving quality employment and lifting people out of poverty is a positive thing. Apparently this man wants to force the natives to go back to running around naked in the jungle. Funny, none of them want to do that. We can only assume he’s never spoken to an indigenous person in his life. Or, he prefers the NGO model of simply giving handouts to people in poverty, thus causing them to be totally dependent on the NGO/government and stifling economic development in the region.

There are no “plantations” at Fruit Haven. There are small homesteads with permaculture food forests. Some community members hire neighbors to help with the work. This is pretty normal. The most ironic thing about this guy is – he does not live as a subsistence farmer, growing all of his own food personally. He lives in a city, buying all his food from markets, which means he’s paying people to work on massive conventional agriculture plantations with chemicals, for low wages and under slave-like conditions. We are growing our food in a much more ethical way than him. 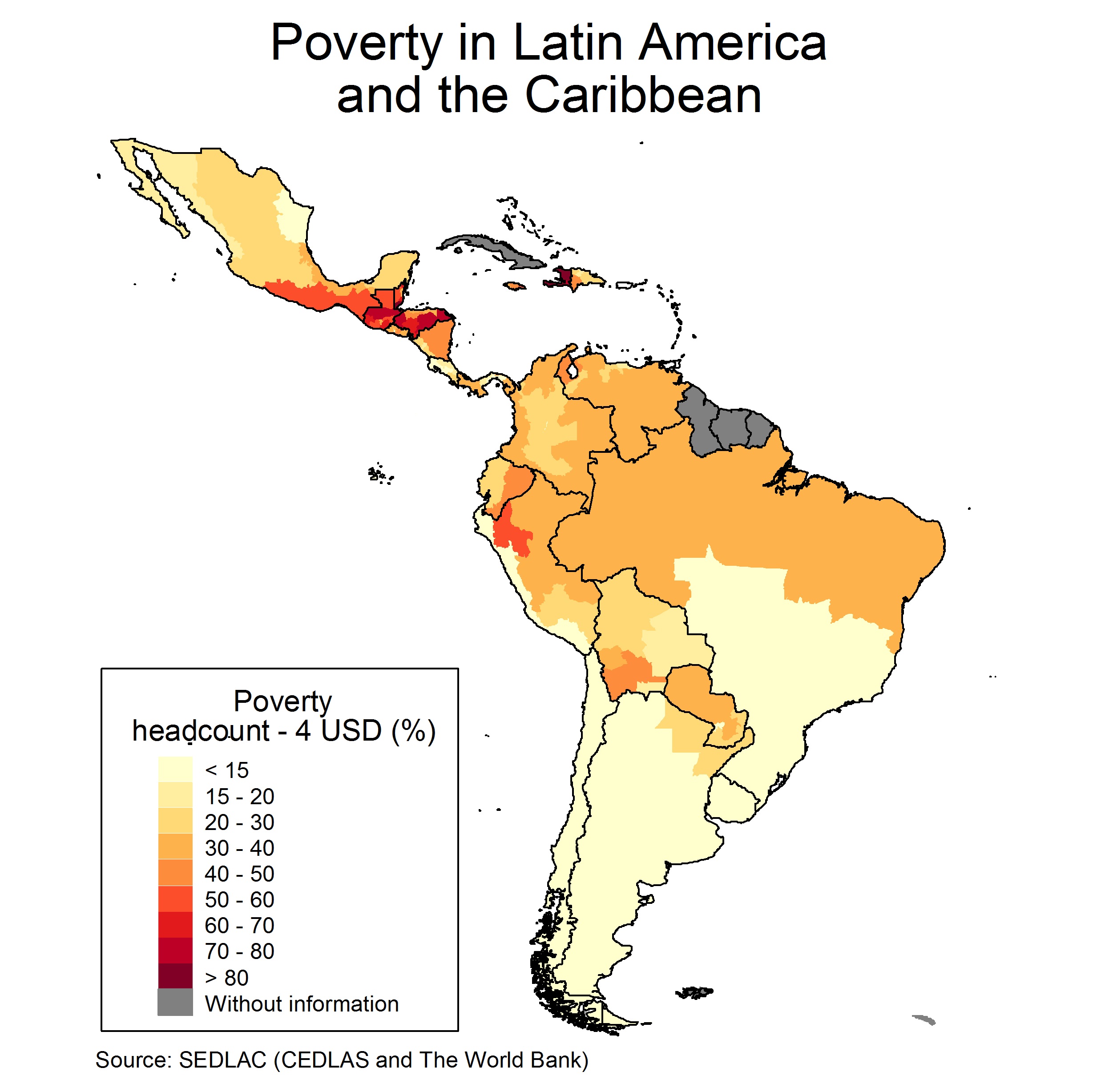 "Good jobs are the surest pathway out of poverty.

Research shows that rising wages account for 30 to 50% of the drop in poverty over the last decade.“

These places are a pure arbitrage on Westerners’ imagination of Latin America versus the local reality. Unfortunately, pretty much every government in the region is more incentivised to look elsewhere and has no interest in preventing this business model.

Perhaps a government that hates indigenous people and wants to destroy their economy would listen to this hack. Otherwise, Latin American governments are doing a good thing by welcoming communities of foreigners from North America and Europe. There are always going to be some bad apples, but overall, the benefit is massively positive.